The regatta organized by the Club Marítimo de Mahón will bring together more than fifty boats from 13 countries. The return of large sailboats and the presence of century-old boats place the Menorcan event among the best in the world. 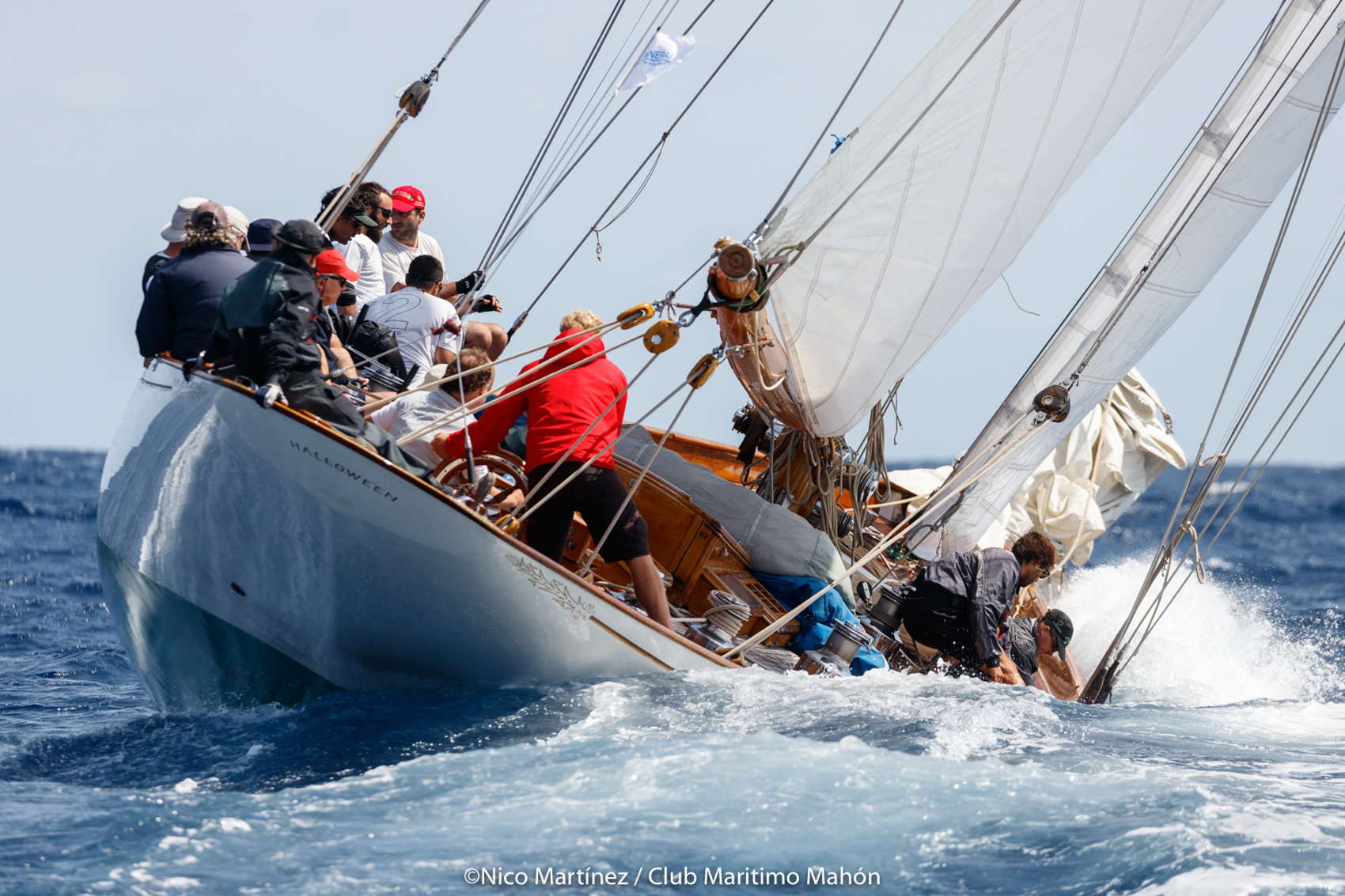 The Repsol Vintage Yachts King’s Cup, organized by the Club Marítimo de Mahón, is preparing for one of the most spectacular editions of its 18-year history. A fleet of 53 boats from 13 countries will gather from August 24 to 28 in the port of Mahón to take part in the most important vintage sailing regatta in Spain and one of the five members of the exclusive circuit The Mediterranean Champions Cup, as well as a scoring event of the Trofeo Mare Nostrum-Copa de España de Vela Clásica (Mare Nostrum Trophy-Spanish Classic Sailing Cup).

The Menorcan event recovers the splendor of its best times not only because of the number of registered boats, but also because of the "great quality" of all of them. "The Big Boats are back, after several years of absence, and several important jewels of the naval heritage are visiting us for the first time", explains Antonio Hernández, president of the Club Marítimo de Mahón, convinced of the sporting success and the social repercussion of this year's edition. "The Copa del Rey de Barcos de Época is a strategic event for the city, especially on occasions like this, in which we will exceed fifty entries. Our club makes a great effort at all levels to make this possible," he stresses.

In fact, some boats that had already left their mark in the waters of Menorca are returning to Mahón, and others that had never before shown off their wood and sails in the Copa del Rey Repsol are making their debut.

In the first group, the Mariette stands out, the imposing 38-meter schooner that Nathael Herreshoff designed in 1915, skippered by Charlie Wroe. Other illustrious "repeaters" will be the American Spartan (Herreshoff, 1913), the Irish Hallowe'en (Fife, 1929), the Italian La Spina (Baglieto, 1929), the So Fong (Sparkman & Stephens, 1937) or the British Chinook (Herreshoff, 1916).

Among the novelties of the XVIII Copa del Rey Repsol, the French Sumurun, of 28 meters, a design by William Fife from 1914 currently rigged as a Bermudian ketch; the British Viveka (Frank Paine, 1930), of 25 meters; the Italian Scud, a Herreshoff crab rigged cutter launched in 1903, owned by businessman Patrizio Bertelli and which will be helmed by five-time Olympic gold medalist Torben Grael, or the Spanish Grayling, owned by shipowner José Rafael Carrió, a work of naval architect J. F. Clyne, which will be built in 1903. F. Clyne which, at 122 years old, will be the oldest unit of the fleet gathered in Mahón.

Nacho Marra, director of the regatta, explains that the competition will be divided into five categories, depending on the characteristics and year of launching of the boats. The four longest boats will be grouped in the Big Boats class. Boats launched before 1950 will be distributed in the Cangreja Epoch (trapezoidal sail) and Bermudian Epoch (triangular sail) classes, while sailboats built between 1950 and 1976 will compete in the Classics group. Finally, sailboats that do not meet any of the above characteristics, have undergone some modification with respect to the original or use modern materials will be measured in the Spirit of Tradition class.

The Copa del Rey Repsol will kick off on August 24 with the opening of the regatta office and boat registration. The following day, at 12:30 p.m., the presentation to the media will take place. The skippers' meeting is scheduled for 7 p.m. on the 25th. The competition will begin on Friday, the 26th, at noon and will continue, with one race per day, until the 28th. As has become traditional, the finish line will be located inside the natural harbor of Mahón, weather conditions and maritime traffic permitting.