Leonardo García de Vicentiis: "The Copa del Rey de Mahón is in the Top 3 of classic sailing in the Mediterranean". 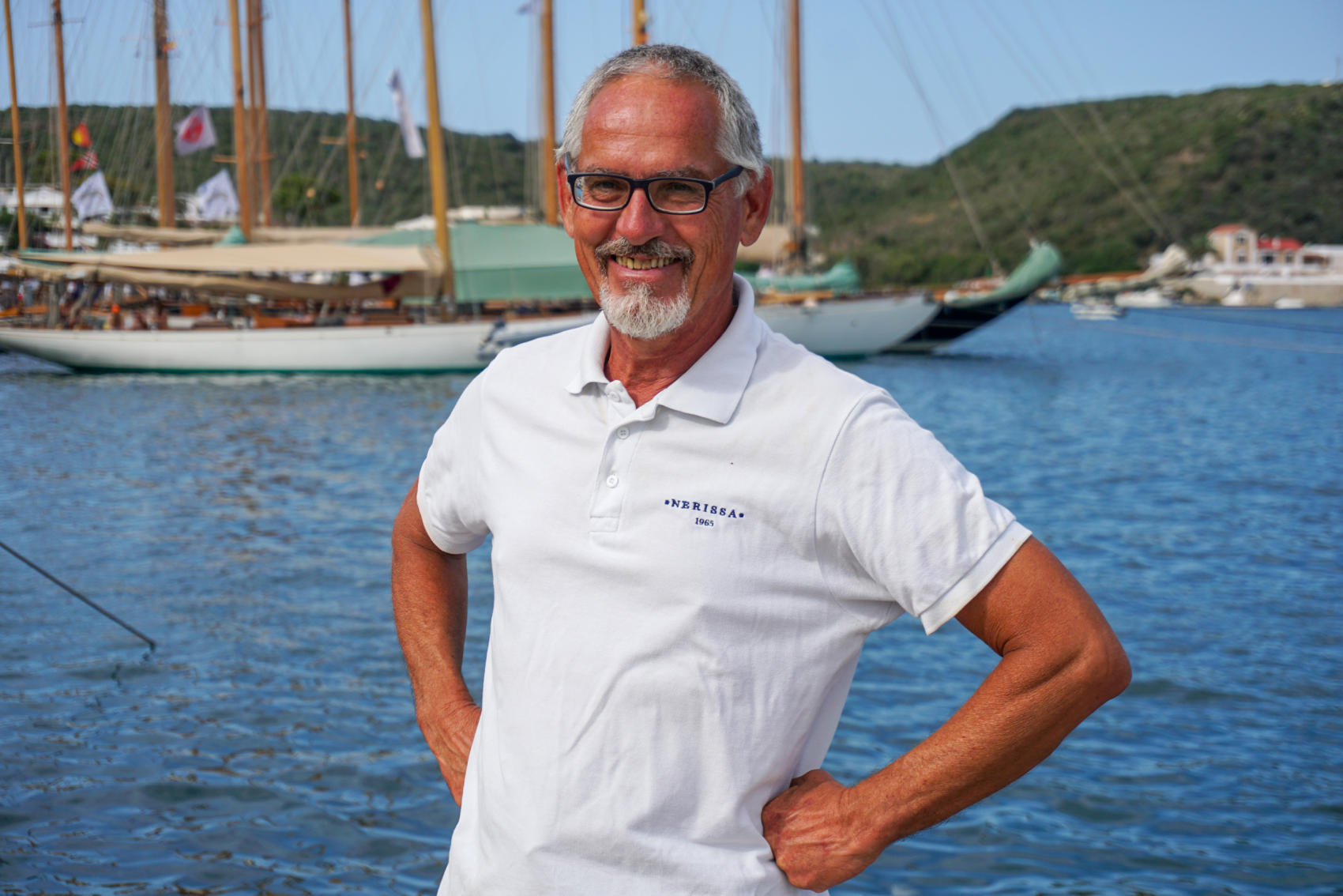 Leonardo García de Vicentiis: "The Copa del Rey de Mahón is in the Top 3 of classic sailing in the Mediterranean".

One of the main objectives of classic sailing regattas such as the Copa del Rey Repsol de Barcos de Epoca is to have the opportunity to show the general public the beauty and the years of history behind each of the participating yachts. Anyone who wants to get to know these stories has a golden opportunity this Saturday at seven o'clock in the evening. Just at that time one of the people who knows best the history of these boats, Leonardo García de Vicentiis, president of AEBEC, the Spanish Association of Vintage and Classic Boats will give a 'historical walk' through the pontoons of the Club Marítimo Mahón to tell the experiences and adventures of these sailboats, some of them with more than a century of life.

Question - Some of these boats are over a hundred years old, how can you condense all the history, adventures and anecdotes moored these days in Mahón into one talk?

Answer - I am going to focus on some of the ships, not all of them, because we would never finish if we tried to tell the story of all of them. First we will deal with the general history, which is very interesting, and then we will talk about some of them individually, telling some special anecdotes. There will be adventures of all kinds. Some are comical, some are dramatic, some are glamorous.... They all have a whole life to tell.

P. - The story of each of these ships is a brushstroke in the history of maritime heritage and sailing in general?

A.- When you create a regatta like this, you bring together so many boats that cover a period of 50 to 150 years. We have an evolution of the last 150 years of recreational sailing. Each boat has its own history but also belongs to a history. For example, we can see how the concept of cruising has evolved from 150 years ago to today. The classic boats we see here are heirs to the past and the modern boats are heirs to the classic boats.

P. - Sailing emerged as a way of life, but at a certain point in history the recreational aspect of sailing appeared. How did this evolution come about?

A.- The concept of recreation includes cruising, regattas and private use of the boat. In the past it was the fishermen or merchants who, on days off, would take their own boat out for a trip. That is where the concept of recreation was born, but it has been evolving for a thousand years or more, but it is a continuum and it has evolved to the present day, with the nautical world of today, which is more popular.

P. - Has Mahón become the main protagonist of classic sailing in Spain?

A.- Historically, Mahón has always been a strategic centre, be it for the military navy, the recreational navy, cruising or regattas, for many reasons. The first and foremost is the impressive estuary, which is a magnificent shelter for all the boats. In addition, for our regattas, it is a magnificent body of water in almost any weather conditions. On top of that, the place is spectacularly beautiful. Everyone loves to come here from everywhere. We can compare it to Portofino or Saint Tropez. We are in the Top 3 of the Mediterranean.