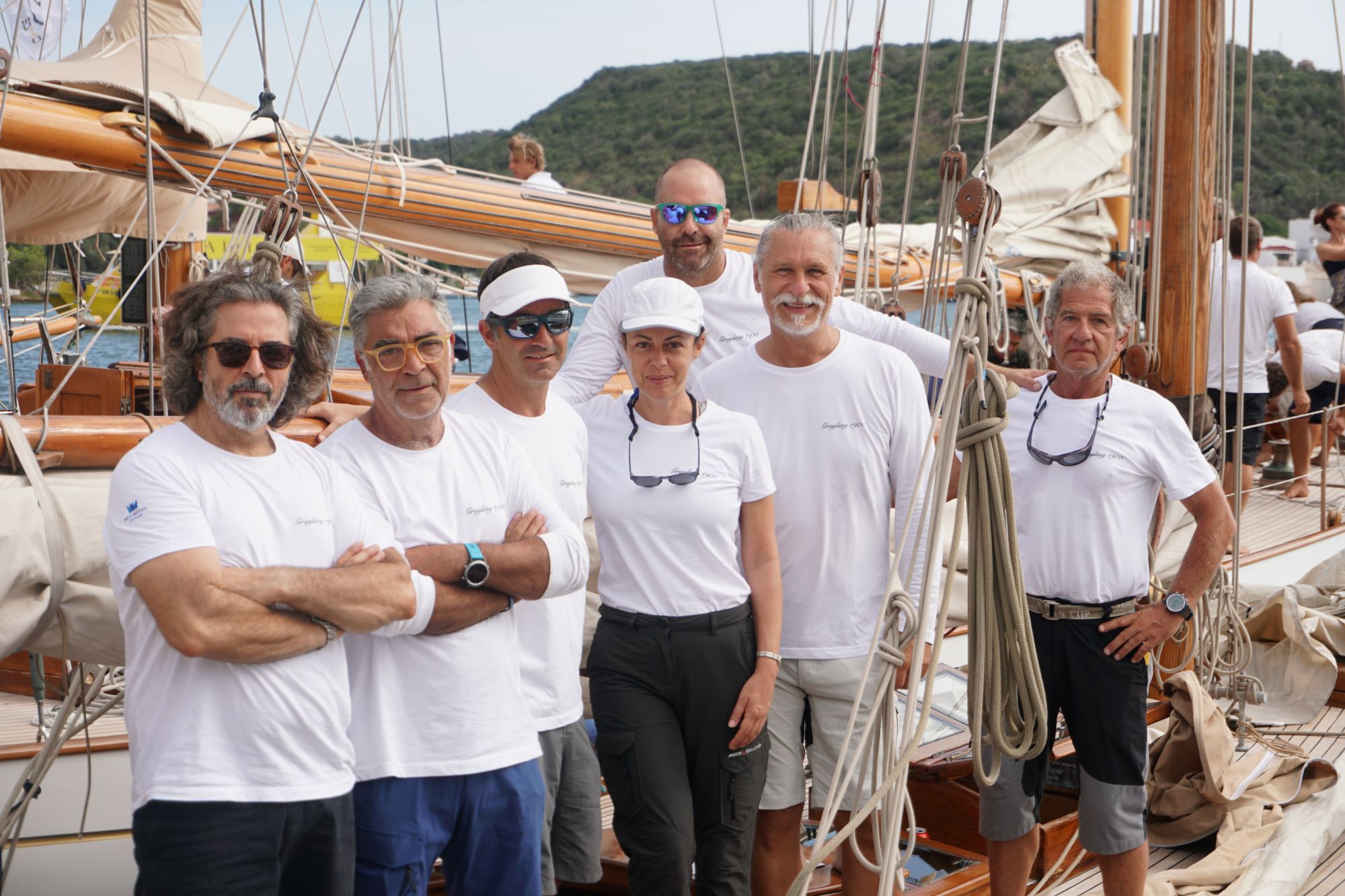 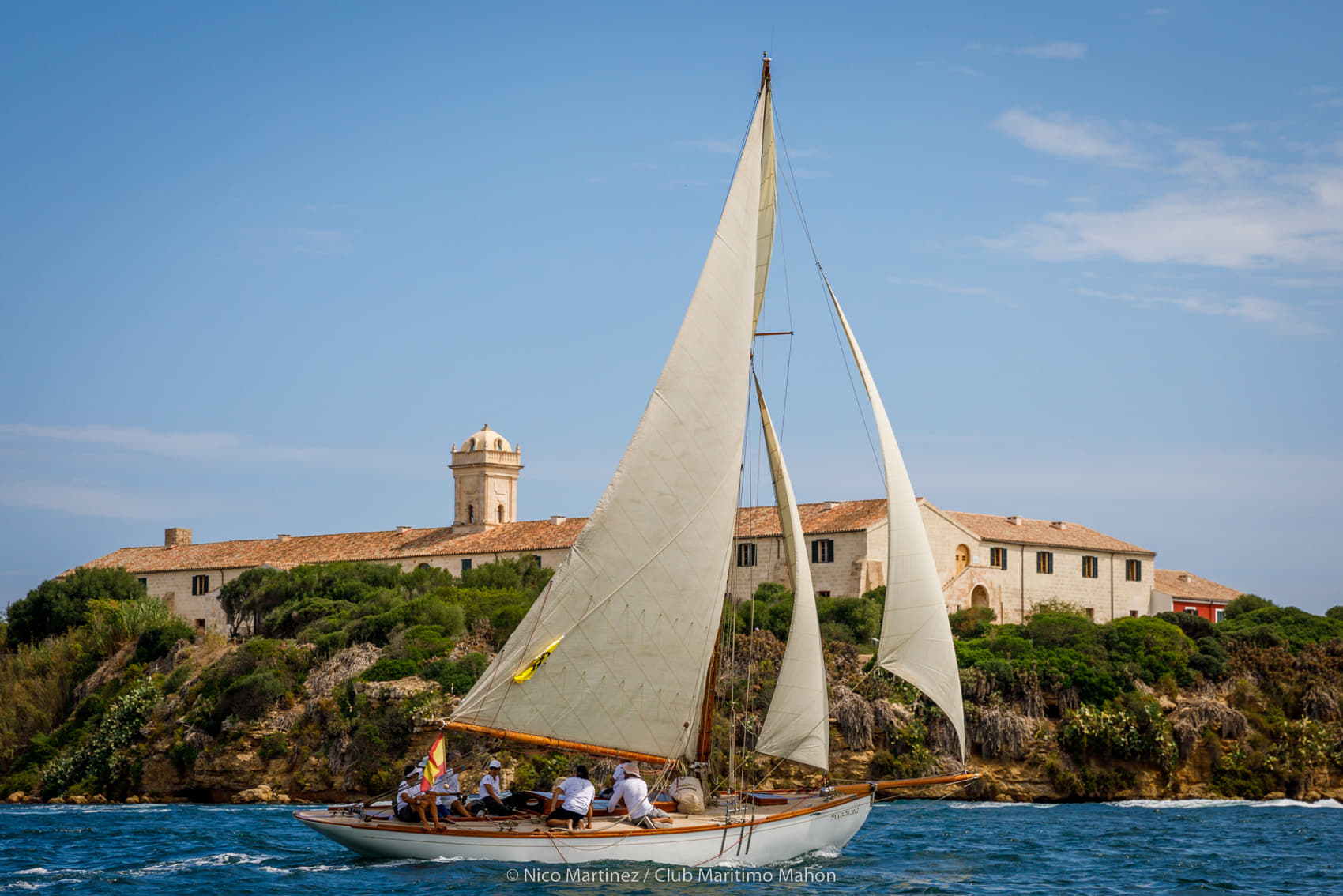 In the Copa del Rey Repsol de Barcos de Epoca we enjoy the beauty and history of great sailing yachts, many of them over a hundred years old. Among them all, in this year's edition, the boat that has been sailing the seas the longest is the Grayling, launched in Essex, in the United Kingdom in 1900, the year that inaugurated the fast-paced 20th century. At that time, automobiles were still a rarity (Henry Ford did not begin mass production of the Ford T until 1908) and the Wright brothers were three years away from the short flight of 260 metres in 59 seconds that marked the birth of aviation.

For 122 years, the Grayling has remained undaunted by successive wars and social and technological revolutions. The virtual world and social networks do not care. This 13.7-metre sailing yacht was designed by J.F. Clyne and this is its first rarity, as only one other Clyne design is known, an 18-footer called Myth. However, Clyne himself was the proud owner of a 66-feet William Fife II, the Thora.

This boat with the name of a fish, because a greyling is a trout-like fish with an exaggerated dorsal fin, and so it glides through the water, like a real fish that, as its owner, Ron Winter, commented in the 1950s, does not even leave a wake in the sea when sailing.

The Grayling was built at the Stones shipyard in Brightlingsea, Essex. She was born with a gaff rig, but in 1908 she was changed to bermudian, which was the fashion at the time. Since then she has passed through a multitude of owners and vicissitudes, including a collision in 1929 by the merchant ship that linked the United Kingdom with the old continent between the towns of Harwich, in the east of England, and Hook, in the Netherlands. The Grayling was dismasted and with a battered stern from the unequal encounter. The ship sailed for most of her life in those seas between the UK and France until 1995, when she reached the Mediterranean.

Rafa Carrió discovered the sailboat by chance in 2002 when it lay stranded and lifeless in Pobla de Farnals, in Valencia. Its owner was an Englishman who, after living for a time in the Spanish Levante, returned to his homeland leaving the boat out of the water in the 1990s. Carrió instantly realised the possibilities of that old and cracked sailboat after years in the sun: "I was attracted by the line it had, what the boat could do, the bow is very rounded".

At the time, its current owner and rescuer did not know that the boat was so old and had a hard time locating the owner: "It took us three months to find the owner, who was in England, and when we finally got together he turned up with a book that told the history of the boat". That book was "The Run of the Tide: Forty Years of Coastal and Channel Cruising in Wooden Boats", written by Ron Winter and published in 1990. The Grayling was one of its main protagonists, as its history took up seven chapters and all the data and photographs it included were vital in order to undertake the work of restoring the yacht with guarantees and maximum fidelity. The former owner of the boat subjected them to a real test to see if they would be the owners his boat needed. Fortunately, they passed the test.

Had it not been for Carrió, the boat was probably doomed to die, but he and his team were able to bring her back to life after five years of work. It carried a disproportionately tall 17-metre mast and they replaced it with one like the one it originally carried and also gave it back the gaff rigging with which it was born. The Grayling was reunited with the sea in 2007 and since then, all these years she has enjoyed a quiet life of cruising and sightseeing. This year, however, the peace and quiet has come to an end and Carrió has decided to give her the exciting opportunity to compete in regattas. He couldn't have got off to a better start as he was the best in the Vintage Gaff category at the last edition of the Puig Regata de Vela Clásica de Barcelona.