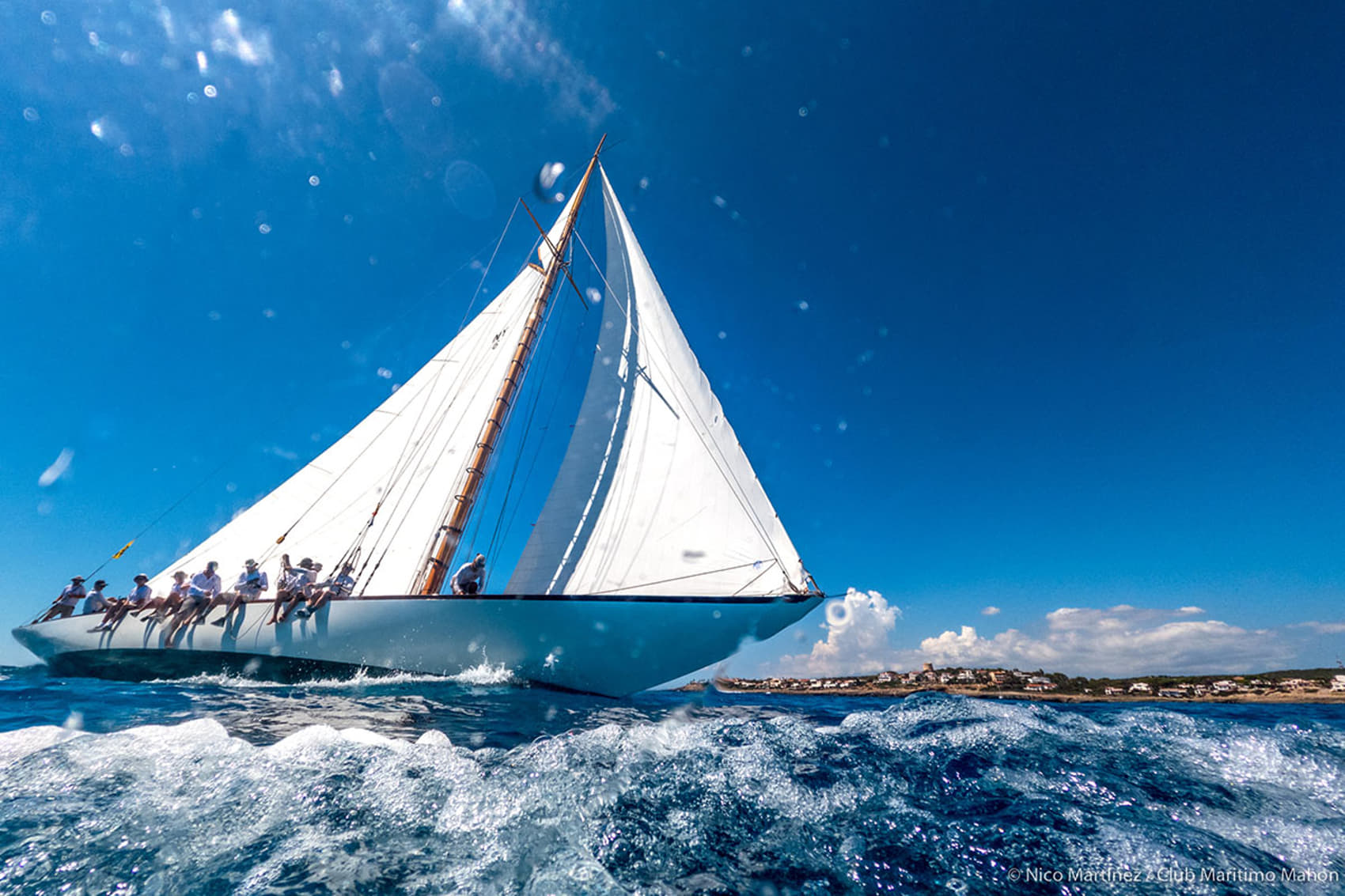 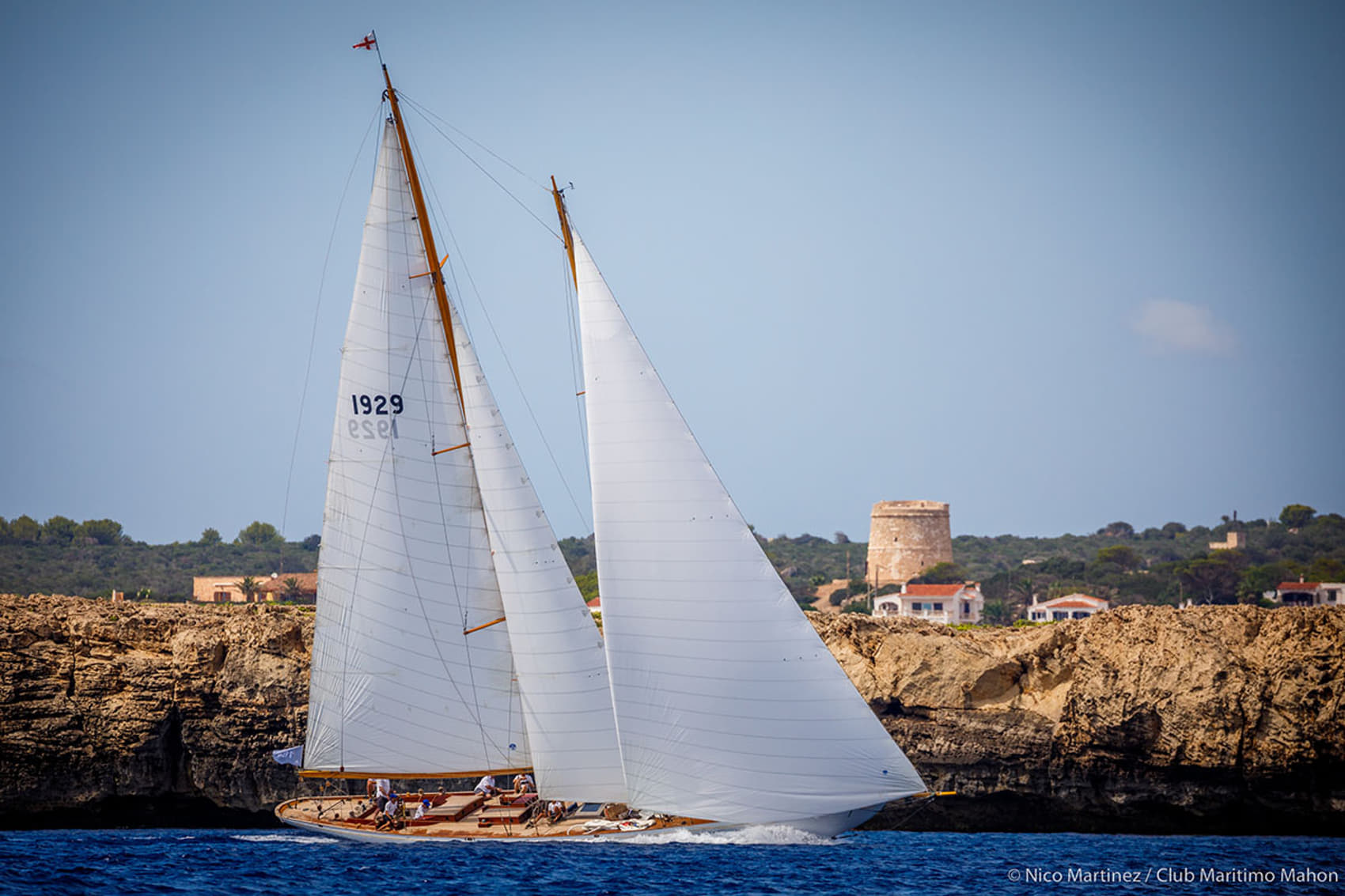 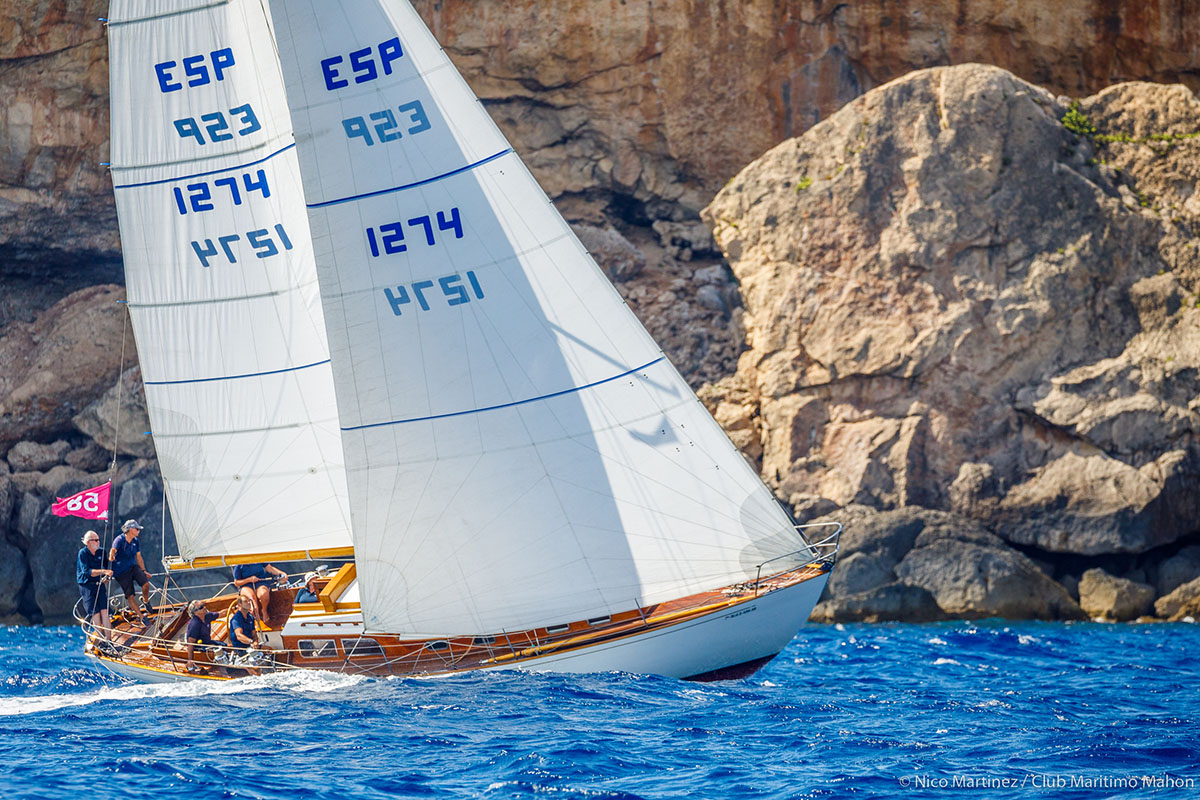 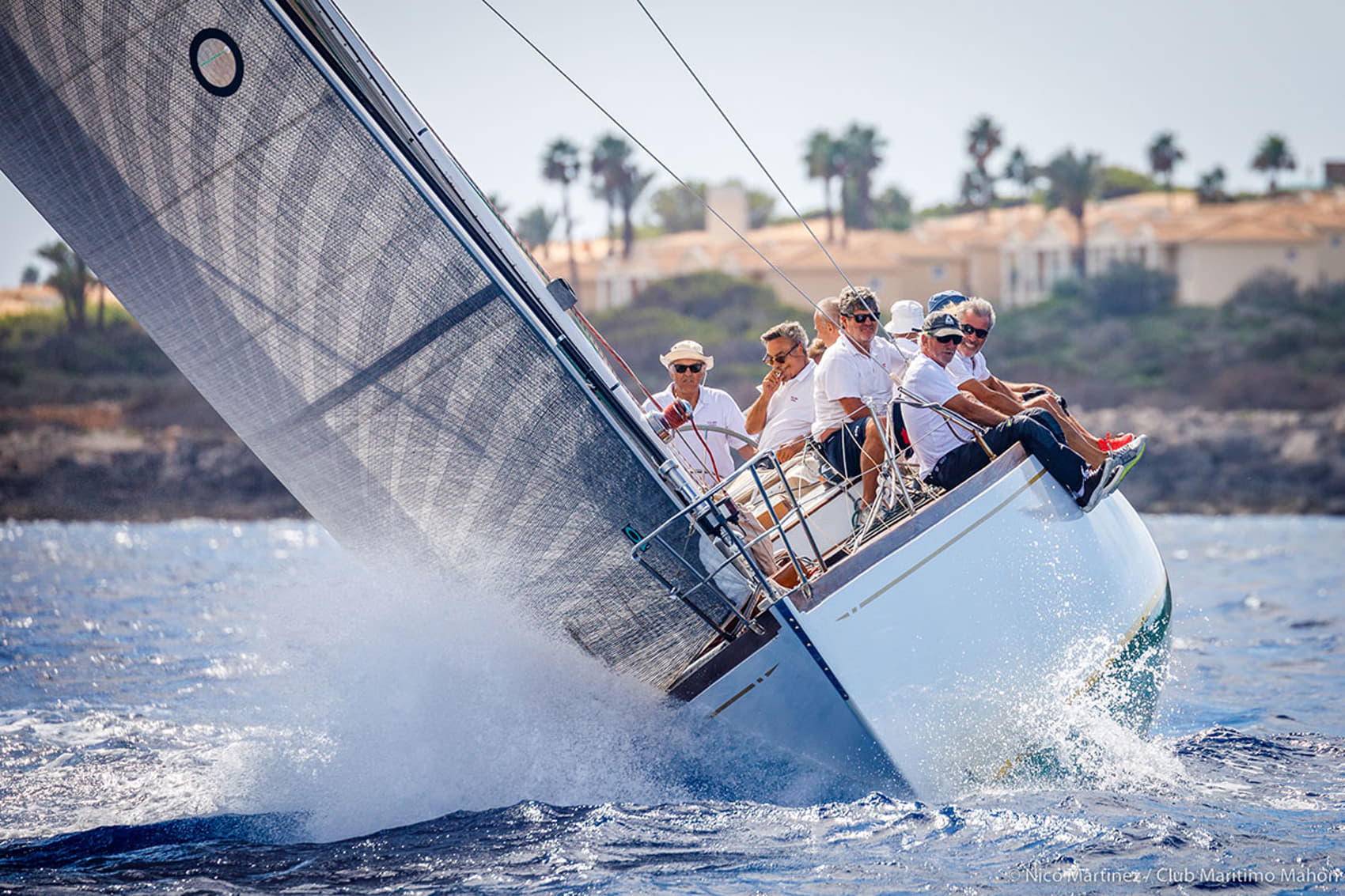 Little wind, but maximum excitement on the final day of the XVIII Copa del Rey de Barcos de Época held from last Friday until today under the organisation of the Club Marítimo de Mahón. A Xaloc (SE) wind of between six and eight knots accompanied the fleet of 49 boats on a final 11 nautical mile course where all the crews with options had to give their all. The Committee opted for a modified course in which they had to round the Isla del Aire to starboard and whose finishing line was located inside the natural harbour of Mahón. The victory, hotly contested in four of the five categories, went to the boats Viveka (Big Boats), Spartan (Vintage Gaff), Varuna (Vintage Bermudian), Argos (Classics) and Calima (Spirit of Tradition).

The oldest sailboats in the Copa del Rey Repsol, launched before 1950 and rigged with trapezoidal sails, experienced a very intense regatta. The American Spartan (1913, Herreshoff), second in the day's race behind the Chinook (1916, Herreshoff), managed to beat the Scud (1903, Herreshoff) by barely a minute. "We were close," lamented five-time Olympic medallist Torben Grael, skipper of the latter boat built by entrepreneur Patrizio Bertelli. "We have the lowest mast in our category and that hurts us in light winds.

Courtney Koos, headsail trimmer in Spartan, acknowledged that the victory had required a great effort from the crew: "It has been a great day, very complicated because we have had light winds which are difficult for us, because we have the heaviest boat in the category. We worked as a great team and I think we did really well".

If one thing was clear in the Crab Epoch class, it was the dominance of Nathael Greene Hereshoff's designs, which dominated the podium. Spartan was one of a series of nine yachts that left the Bristol Wizard's yard between 1913 and 1915. She had no bowsprit, unusual for her time. Converted to a yawl in 1945 and refitted in the 1960s and 1970s, the Spartan was used as a charter boat in the Caribbean. A first phase of reconstruction began in 1989, but work was interrupted due to various vicissitudes. After a period of neglect, it was transferred to the Herreshoff Museum in 1993, where it remained until its last restoration in 2009.

Nobody would have bet on Varuna (1939, Sparkman & Stephens), built by Jenss Kellinghusen, at the end of the first day, when she was in seventh place overall. But the two wins in the remaining races put him in the overall lead, just one point ahead of Donna Dyer's Rowdy (1916, Herreshoff), which went from strength to strength and finished second, followed by Comet (1946, Sparkman & Stephens), owned by William Woodward-Fischer.

Joe Knowles, skipper of Varuna, admitted that today's light winds had worked in his favour. "It's been an exciting race; we've had to work the strategy well but as we've gone on, we've just had to defend our position. It was very interesting to participate in the Copa del Rey because of the wind conditions, the boats and the atmosphere. I'm sure we'll be back next year," he said.

Varuna is one of the eight Sparkman & Stephens designs that have participated this year in Mahón. It was launched at the Philip & Sons shipyard in Darthmouth (England) in 1939 under the original name of White Heather. Her first owner was a Liverpool timber merchant, Edward Glazebrook. In her golden age she was known as Little Britannia.

Another boat that performs well in light winds is the Argos (1964, Holman & Pye), which retained the title it won last year. The boat owned by owner Bárbara Trilling won her seventh victory in the Copa del Rey Repsol in the Classics category (boats launched between 1950 and 1976). Although Trilling assured that the presence of Encounter (1976, German Frers), winner of the second leg, caused them some concern, the truth is that the Argos, with two firsts and a second, did not see its supremacy particularly endangered. The Giraldilla (1963, Sparkman & Stephens), third overall, demonstrated, as it had already done in the Palma races, that it has the conditions to sail at the forefront of the fleet.

"Today we did everything we could to win. We used almost all the sails and, thanks also to the good work of the crew, we finally won. We are very happy," said Trilling, who confessed that he was unaware of the number of victories accumulated by his crew, who also won the overall victory (special prize for the 500th anniversary of the First Round the World Race) by virtue of being the boat with the most firsts in the class with the highest number of entries.

Keith Mills, owner of Viveka, could not hide his joy. "The three days of racing have been incredible: the organisation, the port, the wind conditions... Today's race was very close. We had a very bad start, but we quickly took the lead. The finish was very competitive between all the boats. It's a pleasure to see Viveka sailing like this after seven years of restoration.

Viveka, launched in 1929 and measuring 22.4 metres in length, is a Frank C. Paine design built by Fred Lawley in Quincy, Massachusetts. She was commissioned by the banker J.P. Morgan, who wanted above all a fast boat to win races. During the Second World War she was 'recruited' by the US Navy for the 'Hooligan's Navy', the fleet of pleasure boats that guarded the American coasts against possible attacks by the Germans or Japanese. In 2015, a complete restoration began at Rutherford's Boatshop in Richmond, USA, which has been rewarded with a win in the Vintage King's Cup.

No boat has won the Copa del Rey Repsol more times than Calima (1970, Sparkman & Stephens), owned by Javier Pujol. The victory of Legolas (1996, Spirit) on the first day of competition seemed to indicate that the streak might come to an end, but it was a mirage. Calima won the final two races and made it clear once again this year who is the "King of Cups". The Argentinian boat Matrero (1970, German Frers), which was making its debut in the Mahón regatta, took third place in the Spirit of Tradition class, a category for Classics that have been modified or those that, although made of wood or aluminium, were built after 1976.